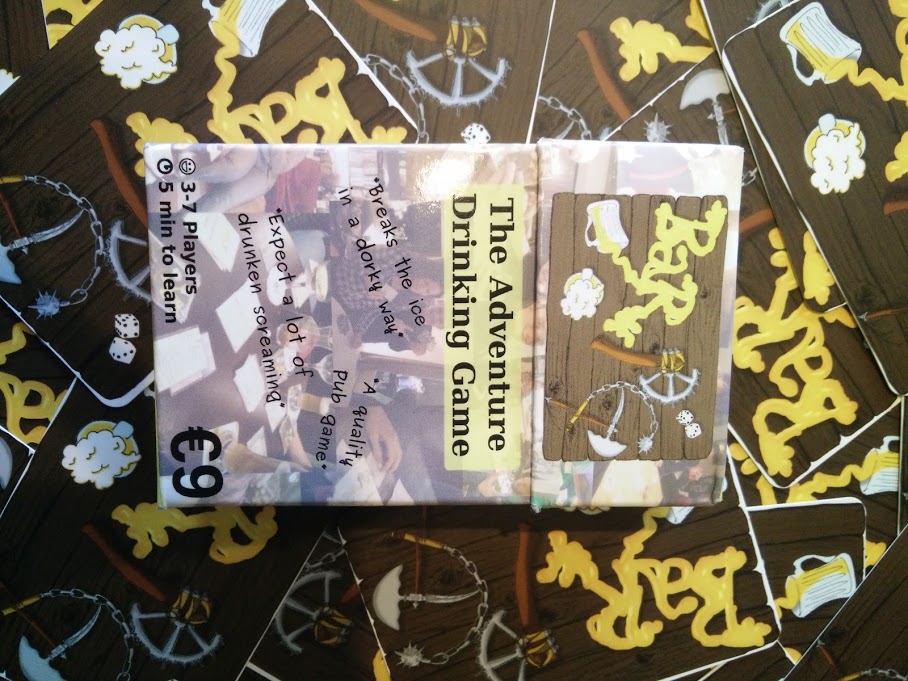 It’s been busy in the world of BaRPG. The website is up and running again (so happy with the new server) and we’re about to make our 100th sale! That’s half our supply already sold!
We are now entering into August and so begins the time to enjoy the rest of our summer. Now that the Nijmegen 4 day marches are behind us, Phil and I are looking forward to the upcoming Gay Pride celebrations in Amsterdam, and then Lowlands music festival two weeks after that.
This does mean our BaRPG calendar has hit a bit of a lul but just for this month.

Fear not though, we’re still holding BaRPG events. Our latest dowaggy at TonTon however didn’t pan out as well as we had hoped. It’s a shame, because the guys at TonTon club have had a great previous experience with the game. For example, we’ve gotten reports of some players posting on Instagram that they had unwittingly played our game for hours! Now that’s what I call a marathon mode…
Though TonTon club didn’t work this time, we do plan on trying TonTon club again soon. This time it’s going to have to be on a different day of the week, and a bit earlier in the evening. We’re still learning here.

Also coming up, the guys at Roest are having us back at theirs again on Thursday a week from now (11th August at 7pm). Our last adventure there turned out great, and we look forward to repeating that. Rest assured the bar at Roest will be filled with crazy Pintcess charms, ridiculous Brewid gesture chains, and the inevitable rat-race across the room at the behest of the drmunk.
The slight lul in the BaRPG calendar does give us time to think ahead at what’s coming next. I think it’s fair at this point to reveal that yes, we will definitely be hitting kickstarter. There’s a lot to do before then, especially with regards to ensuring the campaign is successful and gets

funded. That in turn also has a lot to do with getting people interested enough in the game to pledge for a copy, which in turn means exposing the game to as many people as we can. Catch 22? Did we mention we got reviewed by the guys at Roll for Crit?
So, with the 100th sale looming, Roest’s night planned up, and the inevitable appearance of a white board filled with scribbles in our apartment, our lives are about to get even more BaRPG-crazy. Oh, on that note, watch this space, we’ve got a special little bonus for everyone in the works…
Until then,
Keep questing you fine drunks!
~Johno

All Rights Reserved · Unauthorized use and/or duplication of this material without express and written permission from this site’s author and/or owner is strictly prohibited. Excerpts and links may be used, provided that full and clear credit is given to Jonathan Franklin and Phillip Melchers, owners and creators of BaRPiG, with appropriate and specific direction to the original content.